Kevin Costner is the man who played the vital role of John Dutton in the most popular TV series Yellowstone. The showcased Yellowstone S03 Kevin Costner John Dutton Shearling Jacket is an artistic presentation of the costume that Kevin Costner wore in the Yellowstone TV-arrangement. Yellowstone is an American dramatization TV-Series featuring Kevin Costner as John Dutton, one of the significant characters in the drama. The arrangement rotates around John Dutton and his family as they shield their Dutton Family Ranch from land designers and the Indian Reservation. While securing the farm, John additionally experiences different obstructions like the demise of John’s significant other Evelyn, and the passing of John’s oldest child named Lee. In the meantime, John additionally endeavors to keep his family together.

Meanwhile, if you are eager to check out some more features of the John Dutton TV Series Yellowstone S03 Kevin Costner Shearling Jacket then the first thing is its quality material as it is made up of high-quality Suede leather which can last long for many years if you are going to take great care of the jacket. And there is faux fur inside the outfit to keep your body warm and let you focus on your daily task without any sort of irritation. It also has a shearling style collar, front zipper closure, multiple pockets and the color as shown in the picture. 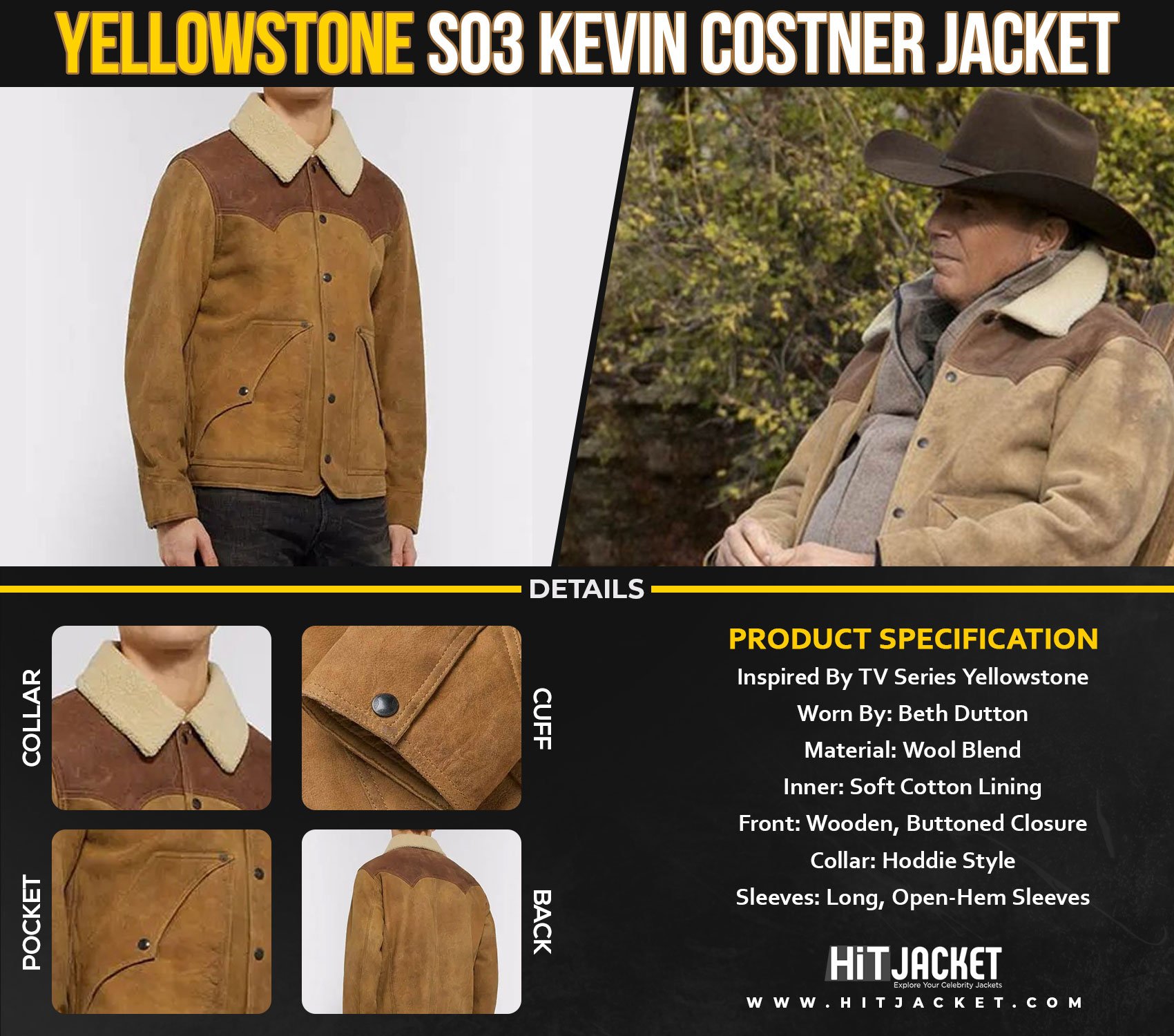