MacGyver is a 2016 American action-adventure tv arrangement created by Peter M. Lenkov. Pivoting around the story of youthful war hero ‘Angus Mac’. ‘MacGyver’ has an exceptional skill for unconventional issue fathoming and an extensive bank of logical information that he accepts can best be put to utilize sparing lives, both of which come in convenient when he makes a covert organization inside the united states government to handle high-risk missions around the world. Working beneath the sponsorship of the Department of External Affairs, MacGyver quietly avoids catastrophe from happening with the assistance of a previous CIA operator Jack Dalton. Tristin mays portray the role of Riley Davis in the series. She is A tough-as-nails, snide hacker who is enlisted by the Phoenix Establishment as their cyber pro. Riley was initially in jail for attempting to hack the NSA in order to spare her mother from a hermitic hacktivist group. She had a strained relationship with Jack since he vanished from her and her mother’s lives after a squabble with her abusive father but presently sees Jack as a father figure.

We present you the Macgyver Season 5 Riley Davis Hooded Jacket made up of real sheepskin leather which is lined with soft viscose lining. It is color black attire that never goes wrong. It also has a black hooded collar which adds to the whole charismatic style. It also comes with a YKK zipper. the zipper cuffs add a badass vibe to the jacket. Front chest pockets and inside pockets offer functionality in the heroic jacket with the hood. 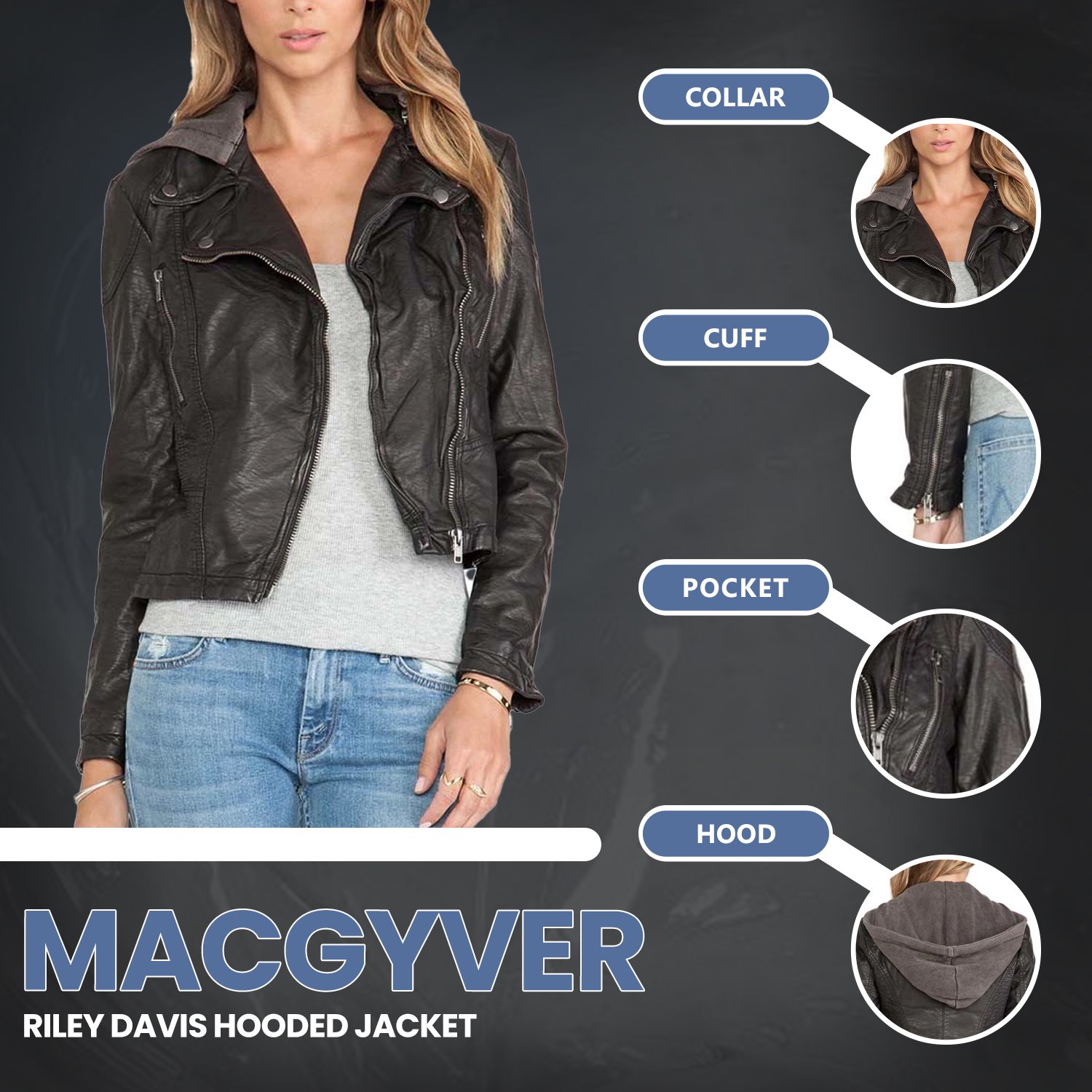