With a rating of 6.7, the American action spy and comedy film, Kingsman The Golden Circle is worth the watch. It revolves around the agents of Kingsman who teams up with their American counterparts to take down a ruthless drug cartel. The main character of Gary Eggsy is portrayed by the talented Taron Egerton who won the hearts of many through his impeccable performance. He was spotted in this striking Kingsman The Golden CIrcle Orange Jacket which was loved by youngsters.

Ideal for a formal occasion, Eggsy Taron Kingsman The Golden Circle Orange Tuxedo Jacket Suit is composed of genuine velvet fabric. The inner is merged with a soft viscose lining to keep the wearer warm and cozy. Moving onwards, the collar comprehends a wide peak lapel style and the open frontal is given a buttoned closure. The sleeves further add to the convenience with their trendy buttoned cuffs. Classic orange in color this is one classic piece of attire. With that being said, the trouser is finely tailored with a pop of black color and two slant pockets installed at the front. 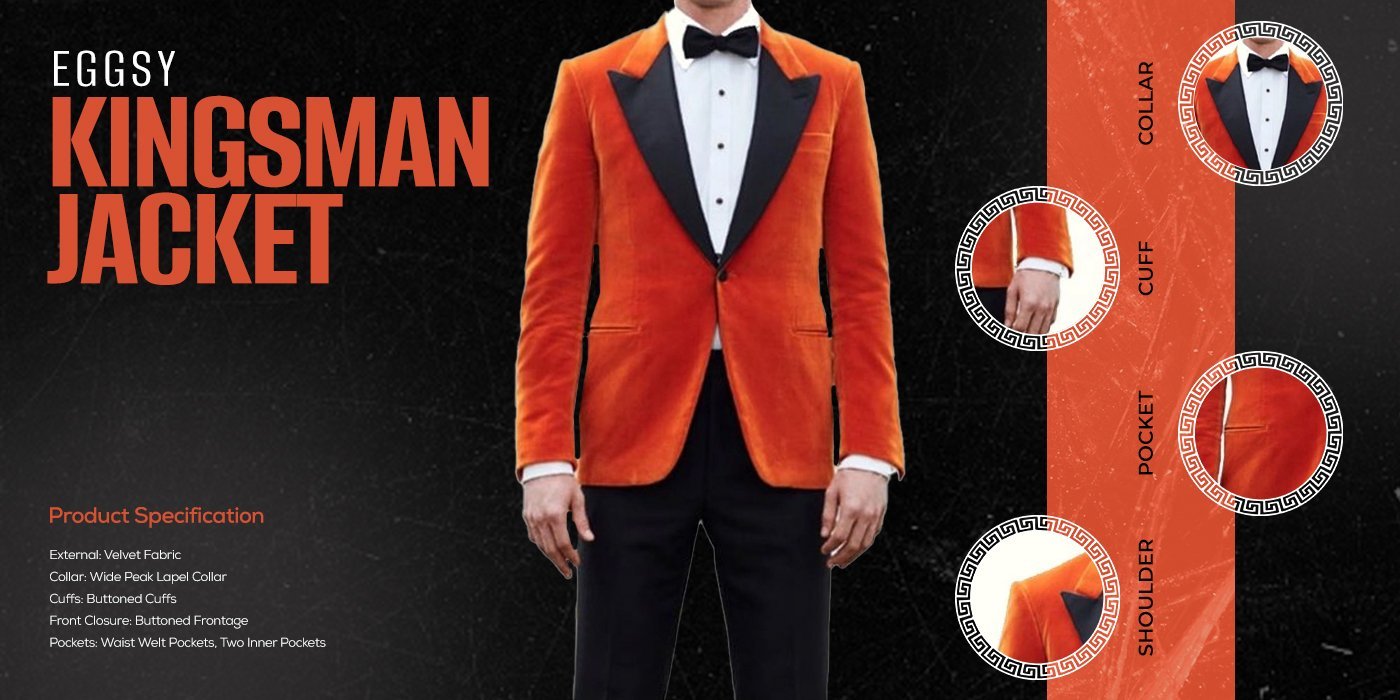