Recipient of several accolades, the English actor Colin Firth portrays the character of Hary Hart, a deuteragonist who is also known as Galahad in the American action spy and comedy film, Kingsman The Golden Circle. It revolves around the agents of Kingsman who teams up with their American counterparts to take down a ruthless drug cartel. The actor was loved by the audience for his stunning looks and creative wardrobe which included Harry Hart Brown Fur Jacket.

Making your personality look more executive, the Harry Hart Kingsman The Golden Circle Colin Firth Brown Fur Jacket comes in refreshing brown color. It is composed of pure quality suede leather material on the outside and a soft viscose lining is stitched underneath for extreme coziness and style. For a voguish look, the sleeves are secured with open hem cuffs. The collar and frontal however are accommodated with a notch lapel style and buttoned closure, adding a modish appeal. For further convenience the coat is installed with two waists and inside pockets, allowing you to keep your belongings in style. 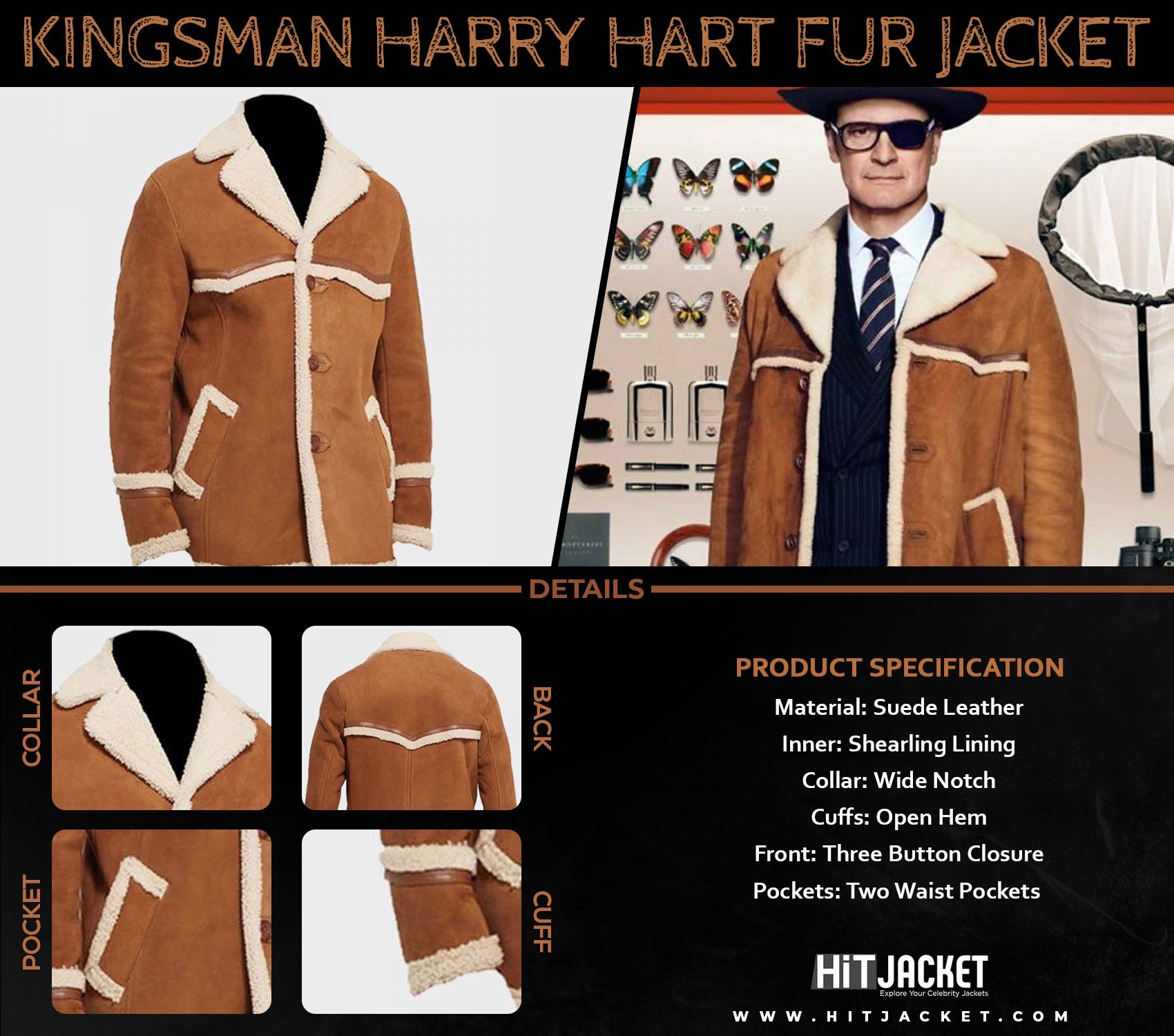