We adore Alicia Vikander a lot as she is a gorgeous actress and was really doing great in her career. But after watching the trailer of the comedy and drama television series we want to appreciate her more. Just a few episodes of the series have been released and we have become huge fans of her acting. What amazing and powerful acting skills she has. The way she is portraying the lead character of Mira is surely a commendable thing. She has draped herself in some incredibly beautiful dresses in the series and we really love her in every one of them. But there are some top ones as well in our list, which was surely a tough choice to make. Still, we have tried our best to bring the best to you. We have recently introduced this Alicia Vikander Irma Vep 2022 Baseball Jacket on our website. She was surely slaying the look while wearing this.

The storyline of this movie Irma Vep revolves around the star Mira. She is an American actress. She faced disillusionment because of her career and a recent breakup. Afterward, she goes to France to depict the role of Irma Vep in the remake of the French silent classic film, “Les Vampires”. The creator of the movie is Olivier Assayas. The next episode of this series is releasing soon and we are really excited to continue the story. Are you guys also following this series? Obviously, you would be. Then mark the dates of 4th July and keep your popcorn ready, as we are all ready to watch this.

All the stars are doing an impressive job and portraying their characters in the most promising way. You will be seeing stars like Vincent Macaigne as Rene Vidal, Alicia Vikander as Mira, Jeanne Balibar as Zoe, Byron Bowers as Herman, and some other talented ones.

This Mira TV-Series Irma Vep 2022 Black & White Bomber Jacket will make you stand out in the crowd. Construction of this has been done by using high-quality fleece fabric. The inner lining of viscose fabric has also been added to make it a comfortable attire. The style elements of this jacket include a turn-down collar, buttoned frontal, long sleeves with rib-knitted cuffs, and rib-knitted hemline. It has two outer waist pockets and one inner spacious pocket attached as well. So you can keep all your belongings with you easily. The great contrast of black, brown, and white color is enriching all its features. 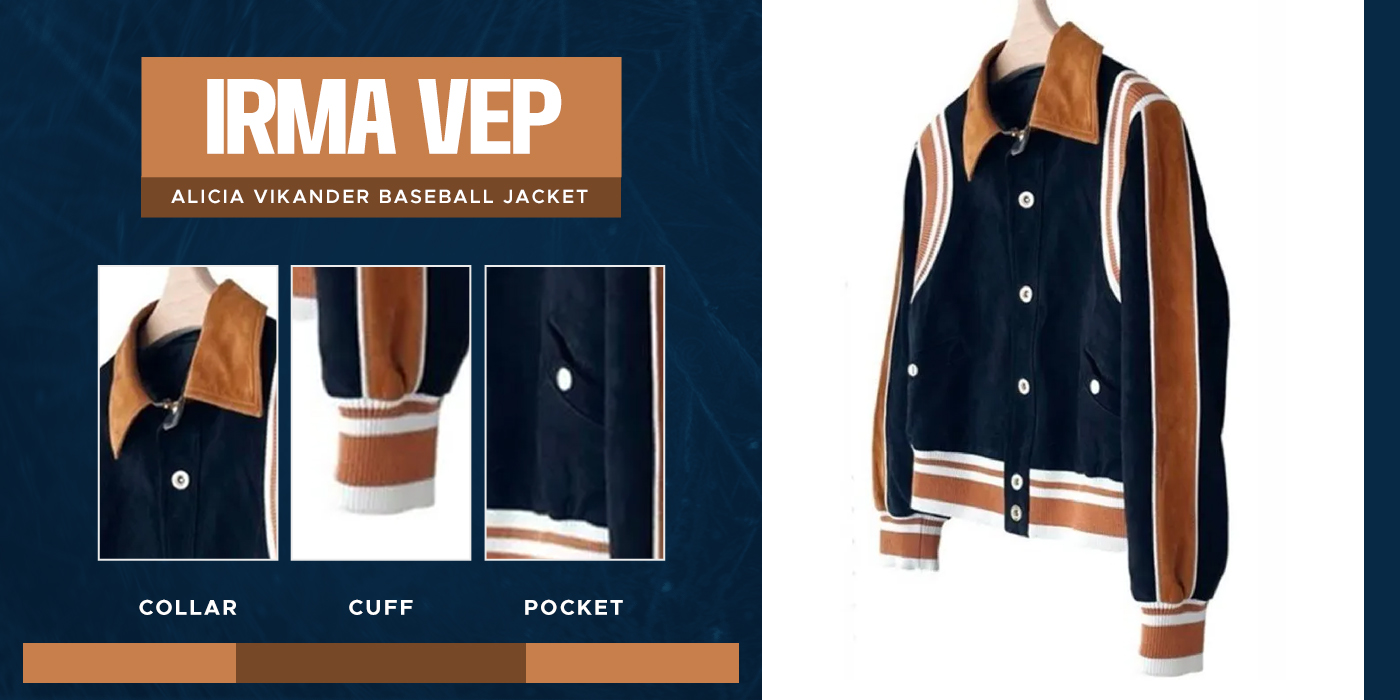