Fight Club is a 1999 American film directed by David Fincher, starring Brad Pitt and others. It circulates around the story of a white collared insomniac who discontented with his capitalistic lifestyle, forms an underground fight club with a careless soap salesman howbeit that project takes a spiraling turn into something sinister. Brad Pitt plays the role of the soap salesman who meets the narrator on one of his business trips where they become best friends and open the fight club, but later Tyler turns it into an anarchist terror group.

Given the tremendous skills and eye-catching looks of Brad Pitt, we bring you the highly demanded Fight Club Brad Pitt Leather Coat. Made up of real quality leather which is succored with smooth viscose lining to keep up the high-quality texture of the trench coat. The shirt style collar and the 4 buttoned closure keeps the functionality and decency in the leather trench coat. It also has two waist sided flap pockets as well as two inside pockets. The open hem cuffs add dexterity to the trench coat. 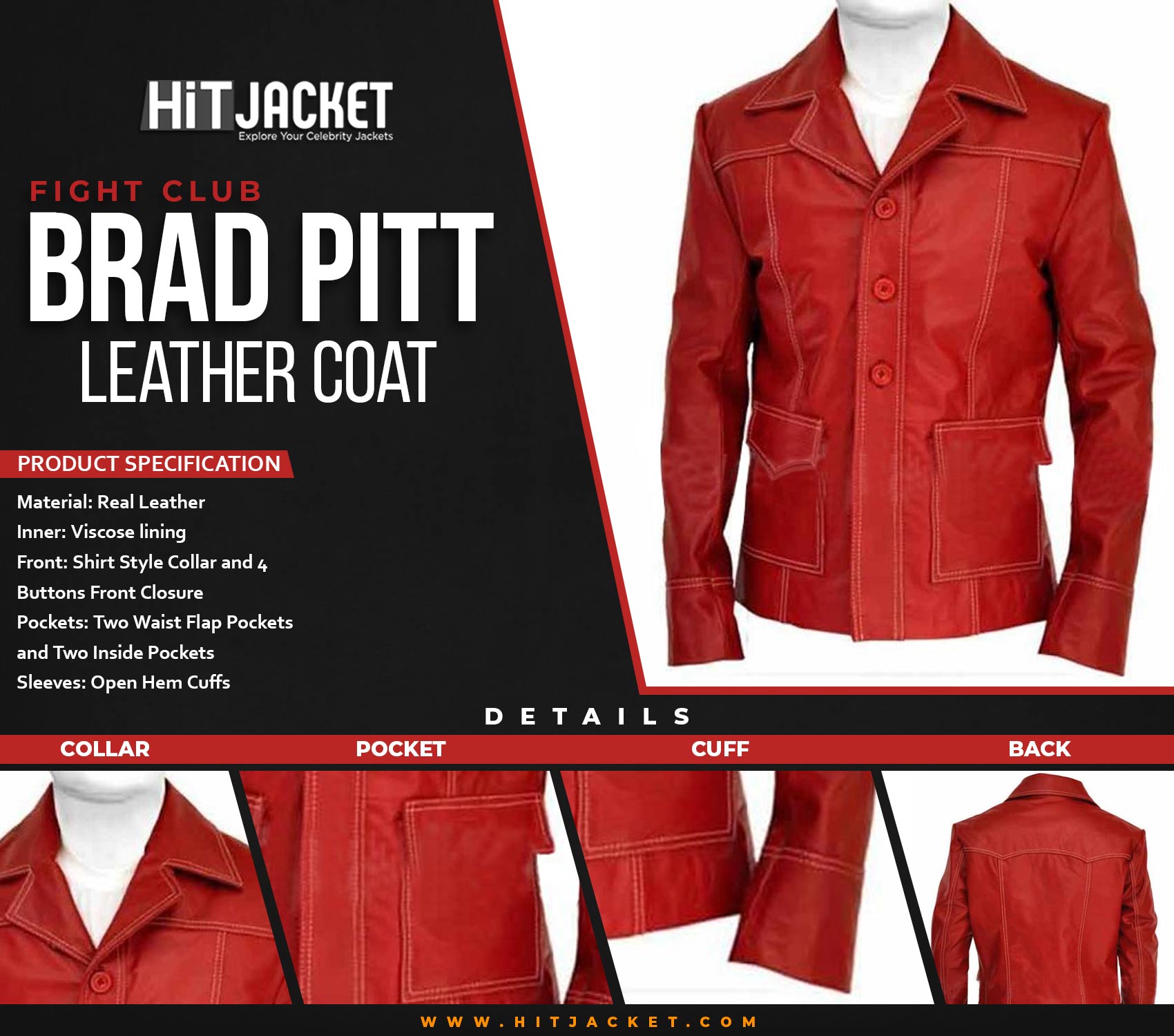