This Bruce Wayne Batman Begins Jacket is the ultimate inspiration of the season. Originally worn by an enticing English actor Christian Bale who is famous for his versatility and intensive method of acting. While depicting the lead role of Bruce Wayne he showoff his graceful style in a superhero film named Batman Begins. Quite endeavoring this movie is based on a remarkable comic book.

Bruce Wayne Batman Begins Jacket is acknowledged for an outclassing appearance, crafted in a superior quality genuine PU leather. The viscose internal lining provides comfort like no other, and an iconic embossed Batman logo on front gives a superb to the wearer. The zipper cuffs, stand collar and the padded design on the shoulder and sleeves completes the alluring appearance of the jacket. 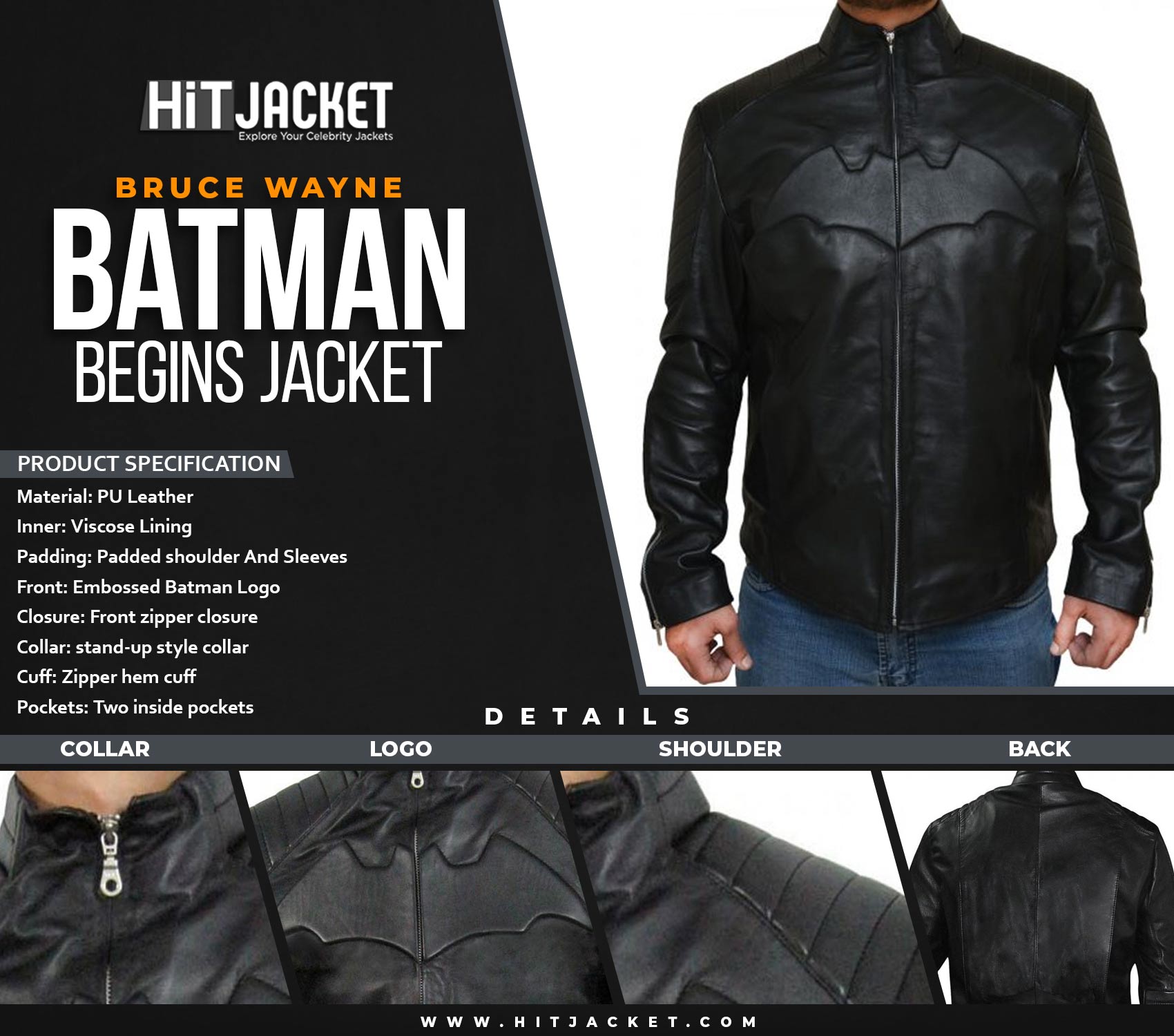