Bryson is known originally as Logic which is his nickname and he is an American rapper who is now retired plus he is a songwriter and record producer and you will be shocked to know that he is a streamer plus an author too. Professionally as a great rapper, Logic published six studio albums which proved to be a major hit and obtained two Grammy nominations too for his outstanding performance.

You can look as cool as him too because we made Bobby Tarantino Logic Letterman Jacket which is super trendy. It is designed through cotton externally and internally its made through viscose lining which is the best combo comfort. Coming to its features which are designed to astound you. It contains several catchy logos stitched to its front and to manage it easily it contains a buttoned closure, plus the sleeves are long with rib knitted cuffs. It has a classic color combination of black and white to appeal to your eyes. 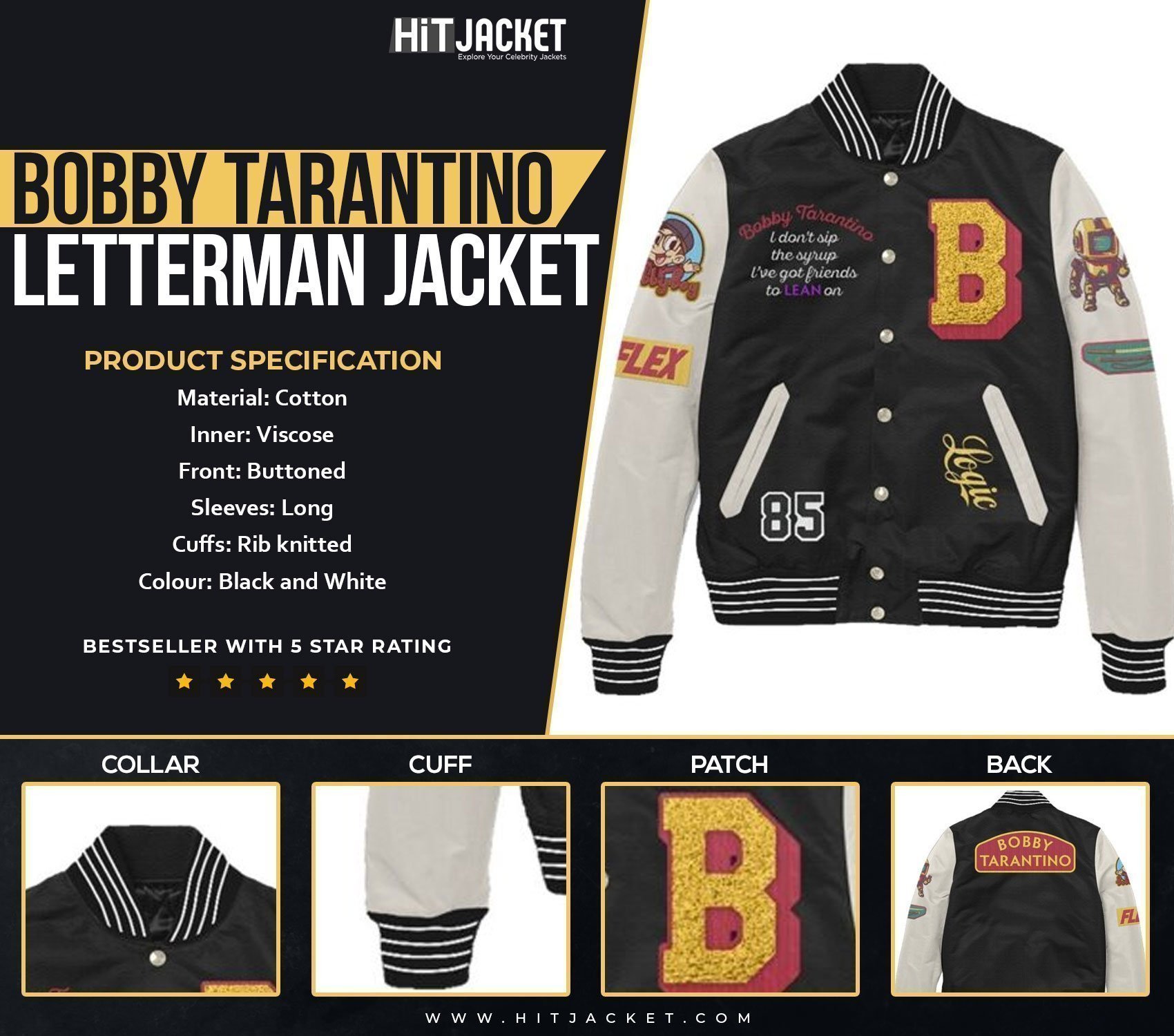