Known by many for his starring roles in the American sitcom television series, Black Ash, such as Andre Johnson, Anthony Anderson is an American actor, comedian, and game show host. The show tells the story of a man who tries to fit in and find his place in society by letting his family blend in and bond with the neighbours. Inspired by his casual and edgy style, we’ve created an Anthony Anderson Black-ish Military Green Jacket that looks the most stunning!

The eye-catching details of Anthony Anderson TV Series Black-ish Green Military Cotton Jacket include an exterior of pure cotton fabric. The inner is delicately merged and stitched with a soft and comforting viscose fabric. Other highlighted features are a shirt-style collar, buttoned front closure and long sleeves secured with open hem buttoned cuffs. The most exciting part is its attractive green color, providing a fashionable appeal. The front is also stitched with two front flap pockets! 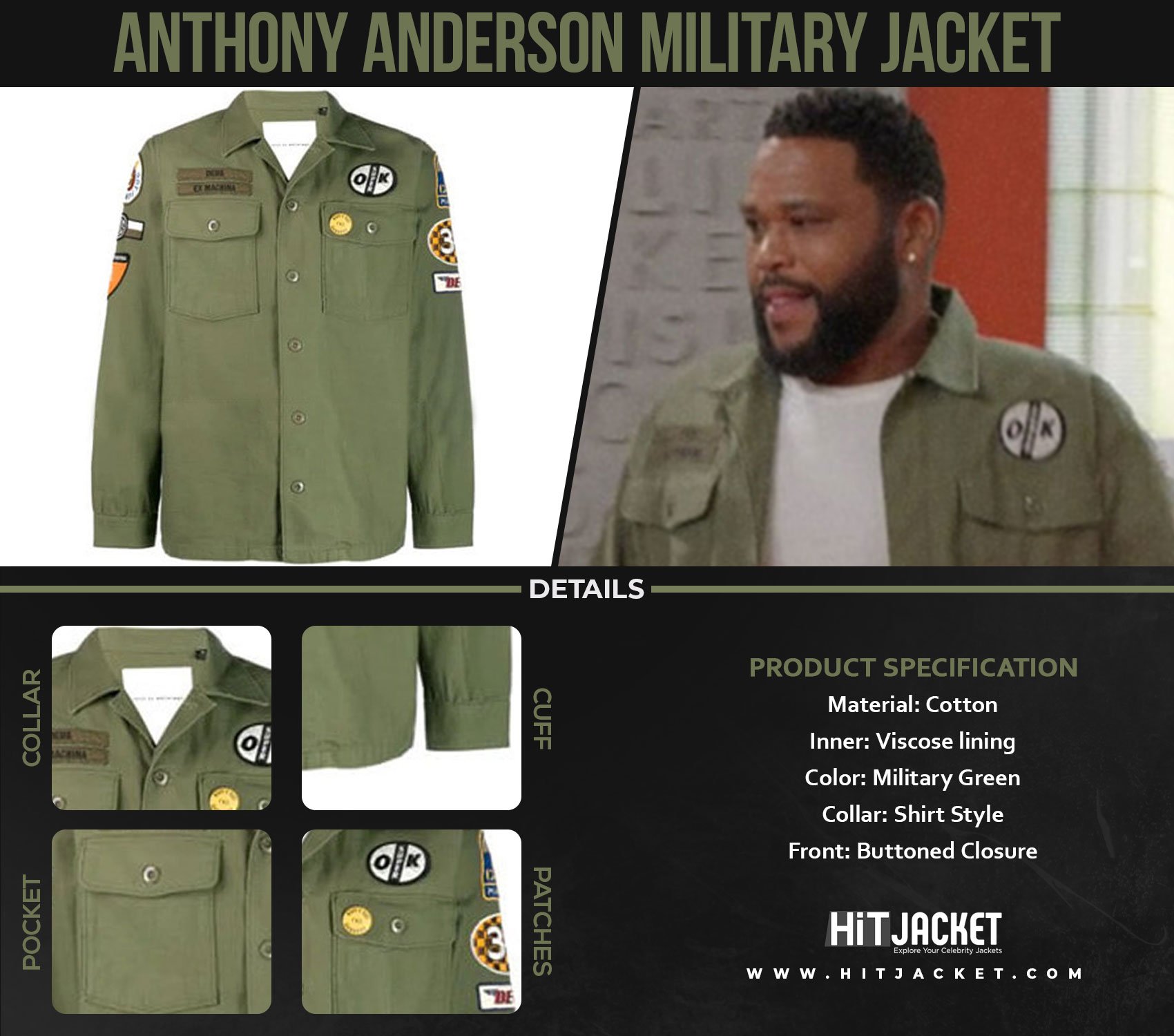