The American actor and producer who made his film debut in the drama film, Coach Carter starred in the American action spy and comedy film, Kingsman The Golden Circle which is worth the watch. It revolves around the agents of Kingsman who teams up with their American counterparts to take down a ruthless drug cartel. He portrays the role of Agent Tequila, looking remarkable as he makes an appearance in the most exclusive and classy Kingsman The Golden Circle Denim Jacket which was recently added to our latest fashion line.

Agent Tequila Kingsman The Golden Circle Channing Tatum Denim Jacket is prepared from high-quality denim fabric by our craftsmen. The inner viscose lining aims at providing the wearer with the utmost level of warmth and comfort. The shirt-style collar together with a glitzy buttoned closure gives a sassy glimpse overall. To keep your essentials safe, it is installed with a flap chest and side waist pockets. The blue color further adds to the classiness and the full in length sleeves are secured with buttoned cuffs. 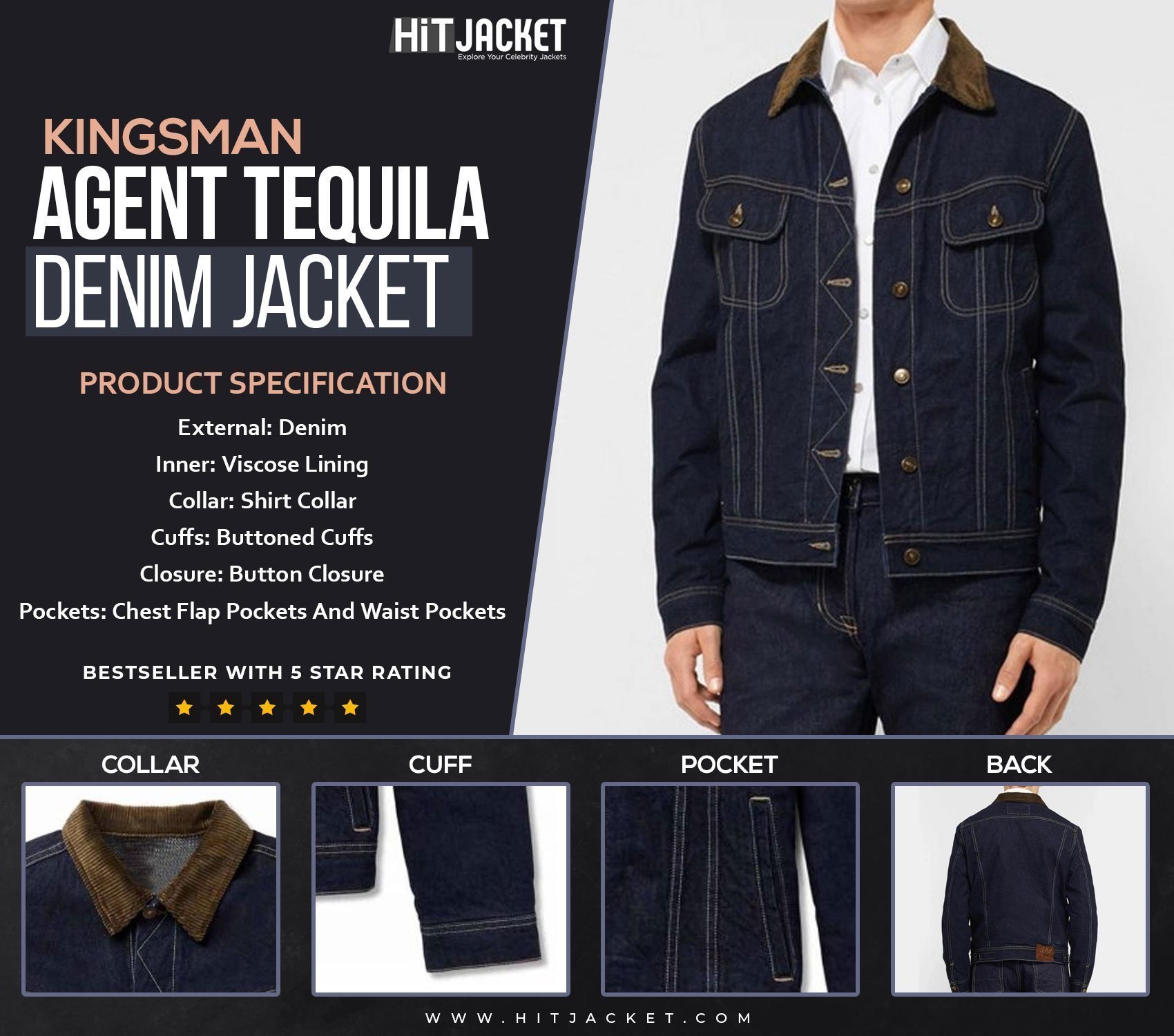