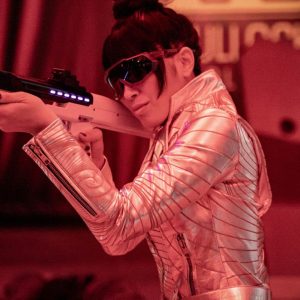 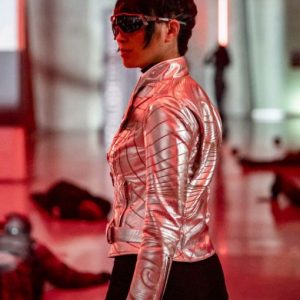 If You’re Streaming The Flash Tv-show On Netflix, Here Are A Few Interesting Facts About The Superhero To Chew On!

Be it DC or Marvel, both; cinematic universes have endless Superheros who’d go to any extent to save the world, even if it means sacrificing themselves. Hence, it’s almost impossible not to have a favorite superhero from the entire comics. Fortunately, if it’s none other than the superfast The Flash, then don’t go anywhere yet as we’ve gathered all the interesting facts about this character from the ongoing tv-series on Netflix. So, sit back & relax as some of these might be a surprise for you!

The Fascinating Introduction Of The Flash

Over the centuries, DC has been depicting a guy in a red body armored suit who can run at the speed of the lifetimes within just a few seconds and would do anything to save innocent people from troubles.

DC created The Flash with a college student named Jay Garrick as the character’s alter-ego who acquired such exceptional superpowers by inhaling heavy water vapors as a lab accident and began this legacy of running at godspeeds to become the world’s first fastest superhero.

However, after a few years, Jay got succeeded by another guy named Barry Allen. While pursuing a career as a police scientist, Barry was struck by a lightning bolt while working in his lab and got some chemicals spilled over him that turned him into The Flash.

After Barry’s death, Wally West, a ten-year-old boy, visits his uncle’s (Barry Allen) lab, ends up spilling the same chemicals over himself, and continues the legacy of becoming The Flash.

Presently, Bart Allen (Barry’s grandson) becomes The Flash by being born with superpowers. However, things get complicated for him since his powers had a side-effect of aging relatively faster than usual. After resolving this problem, Bart once again becomes a kid and then transforms into The Flash adult.

Further, being a member of the Justice League, The Flash not only has speed but his capability to travel through different time dimensions to prevent anything that might come to destroy the world’s peace.

How Did Netflix Start The Flash Series?

Likewise, we got introduced to The Punisher during The Daredevil’s season 2. Similarly, Netflix’s Arrow featured The Flash’s (Barry Allen) origin story in its second season. Since then, it became a spin-off of Arrow and is still being highly watched.

Whereas Superman usually owns the title of being faster than a bullet, is mainly seen racing with The Flash multiple times; however, their race constantly gets interrupted by a villain. Fortunately, the fans finally get an answer when Barry depicts how faster he is than Superman in The Flash: Rebirth.

Receiving Respect Even From Marvel Universe

When Barry Sacrifices himself to save the world, not only DC honors him, but even Marvel pays a heartbreaking tribute to him by making a character ‘Buried Allen.’

The Exotic Outfit Collection Which Is Trending This Season

Apart from creating an exceptional character and a series with a plot, captivating cast, high-visual cinematic shots, and even emotional scenes, the show creators have also dropped exotic The Flash Jackets and Coats.

Further, the clothing merch also has the in-demand Barry Allen Bomber Jacket & The Flash S07 Chester P. Runk Jacket, which you can shop from The Flash TV Series Jackets Collection right away!