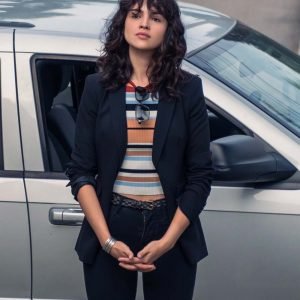 I Care a Lot Fran Blazer 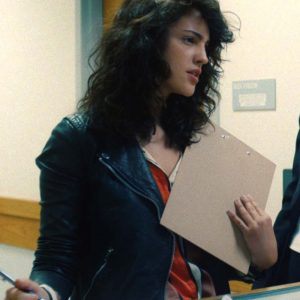 I Care a Lot Fran Jacket 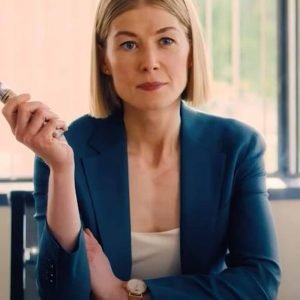 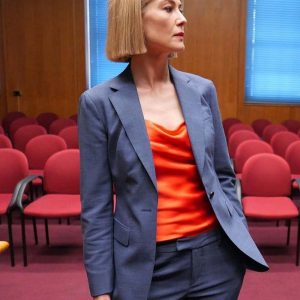 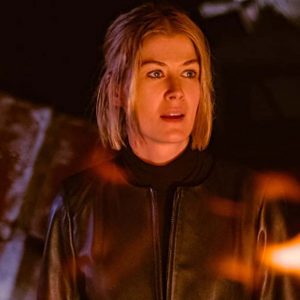 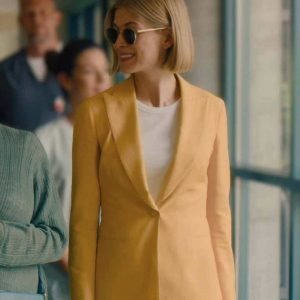 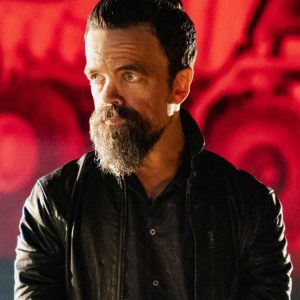 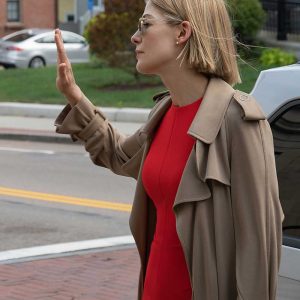 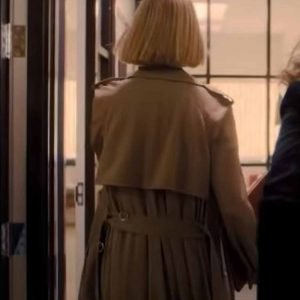 Here’s A Much-Needed Take On The I Care A Lot Plot, Main Cast, And Recommended Outfits Of The Season!

From starring in back-to-back hits such as the award-winning Gone Girl, or Beirut, to breaking all the records in the recent I Care a Lot, it’s no surprise that there’s nothing that the actress Rosamund Pike can’t do! Hence, to celebrate the actress’s thrilling success, here’s everything to know about Netflix’s latest I Care a Lot, featuring Rosamund Pike and Peter Dinklage as the leading characters. So, if you haven’t watched the movie yet, now is the time to do so, and luckily if you have, then our recommended I Care a Lot Outfits of the season would surely grab your interest within just one glimpse.

Firstly, the plot of this thrilling movie begins with Rosamund Pike portraying a crooked legal guardian, Marla Grayson, who plans to take over the wealth of alone elderly citizens along with her partner Fran (Eiza González). Everything seems to be going as Marla plans; however, an intriguing cliffhanger takes place when Marla occupies the property of an elder citizen, Jennifer Peterson (Dianne West), through fraud and later learns about Jennifer’s relationship with the Russian mafia, Roman Lunyov (Peter Dinklage), who would do anything to rescue Jennifer from Marla’s wicked nursing home for occupied elderly citizens. Yet, Marla being fearless, would do anything to keep everything according to her plan, no matter what, and even pays the price in the end.

Having a multi-talented cast is necessary if you want the film or series to be successful, and I Care a Lot has an exceptional main leading cast that deserves more recognition than ever!

We’re all aware of the diversity of Rosamund Pike, who can play any role exceptionally. This time, her character Marla Grayson is someone you shouldn’t mess with, she can go to any extent to get what she wants, and that’s what she does in the movie! She plans to target wealthy older citizens living alone, tricks them into being ill, auctions off their assets and keeps them under her observation.

Pike as Marla has stunned us with her eye-catching wardrobe of exquisite blazers, trench coats, and merely breath-taking outfits. However, do check the recommended Rosamund Pike I Care a Lot Coat.

After making exceptional hits as Tyrion Lannister in Game of Thrones, Peter Dinklage plays as a leader of a Russian mob, who’s after Marla’s recent target, Jennifer Peterson, and likewise, Marla does everything to get her interested target back.

Just like Marla, Roman Lunyov has also blessed us with major fashion inspiration, and we can’t seem to get over the Roman Lunyov I Care a Lot Leather Jacket.

Although Eiza Gonzalez didn’t have many lines as Fran in the movie compared to her partner/accomplice Marla, yet her tv-presence was enough to grab everyone’s attention feasibly. Gonzalez has also appeared in other famous movies such as F&F: Hobbs & Shaw, Baby Driver, and Alita: Battle Angel.

Fran’s-inspired recommended outfit of the season is none other than the I Care a Lot Fran Jacket, available now at a discount.

Besides these mentioned outfits, you can also explore the I Care a Lot merchandise that has all the in-demand I Care a Lot Jackets and Coats to make your fashion options even better!